One of the best seasons of the year is here: Summer! And the boys from P1Harmony shared with K-magazine, in an exclusive interview, how to spend a great holiday, their most recent album, and one or two secrets about their career as Kpop idols. If you’re part of P1ECE, you must check this out!

Just nine months ago, the agency FNC Entertainment introduced us to P1Harmony, formed by members Keeho, Theo, Soul, Jiung, Intak and Jongseob. Since their debut, this group caught the eye of the audience by integrating boys from South Korea, Japan, Canada and New Zealand, and by bringing a whole new concept in their agency.

Their debut was with DISHARMONY: STAND OUT, the mini-album with which they took their fans to a film world with PH1: The Start of a New World. And with the mix between this film and their musical content, FNC and the group achieved to carry Kpop’s musical universe through the big screen.

These boys from P1Harmony have it all to make it big: catchy sounds, amazing choreography, high quality production, meaningful lyrics, and a concept between Kmovie and Kpop that make them different within the industry. And, of course, the significant love and support that they soon received from P1ECE, their fandom.

This year, they came back to keep looking for their own light in the industry. How did they do it? With “Scared”, their title song from DISHARMONY: BREAK OUT, and the sequence which reinstated the cinematographic concept they debuted with.

Here’s what they told us about their new album.

You recently released DISHARMONY: BREAK OUT. What was the part you enjoyed most when creating this new album?

Intak: I personally had fun while working on the tracks since all the tracks of this album had distinct and fun sounds.

Jongseob: I enjoyed writing the song together with coming up with a new performance with the choreography.

Your title track, “Scared” is about not being afraid to make our own decisions. How do you deal with what you fear?

Jiung: I am scared of not being able to make progress or develop, and in order to deal with this fear, I try my best in eveyrhing.

Intak: I fear of disappointing people, so I try my best not to by doing the right things.

Jongseob: I fear bugs and to deal with that I try to catch them all.

Theo: I also fear bugs and run away from them.

Soul: I don’t know what fear is…

Keeho: I fear deep sea, and I do not go to deal with my fear.

Will we be able to enjoy a third part of this DISHARMONY series in the future?

What’s behind this Kpop group?

P1Harmony’s goal is to create harmonies using all their talents and other necessary countless elements to reach the top. And even when this boyband is just taking their first steps into Kpop, their former releases already gave them a glimpse of what being idols entails.

What have you enjoyed most about being Kpop idols?

Keeho: I really enjoy singing infront of people and the opportunity to do what I love!

Soul: When we perform.

Theo: I also like the stage as well but I also enjoy seeing the backstage.

Jongseob: Being on stage is the most enjoyable factor of being Kpop idol.

Intak: I think it’s that I could be on stage and perform which is something that I always want to do.

What would you have done if you hadn’t been idols?

Jiung: I think I would have been a vet.

Intak: I think I would be a dancer.

Jongseob: I think I also would have been a dancer or just studied.

Theo: I think I would have been an ordinary college student.

Soul: I think dancer or I would have studied to become a doctorate.

Keeho: I actually have two, whether I did something related to music or I would have done interior design.

If you had a chance to change roles with a member for a week, who you would choose and why?

Theo: I would like to change with Soul. I wonder how does it feel when he dances.

Intak: I would like to change with Keeho and sing wonderfully.

Also, this group wasn’t afraid to take down frontiers, as the group consists of three south koreans (Jiung, Theo and Jongseob), one canadian (Keeho), one new zealander (Intak) and one japanese (Soul). P1Harmony found in Kpop a common language, as well as new family that walks towards the same dream.

P1Harmony is a multinational Kpop group, was there a time when you had a cultural shock?

Keeho: I think I had one but I’m quite fast when it comes to adapting so I don’t really remember.

Soul: I never had one so far.

What has been the funniest anecdote you’ve had as a group?

Theo: We were looking at our photos from the past when we were in the waiting room, and they were just so funny that we almost cried while laughing.

To this day, their MVs have over five to 10 million views on YouTube. You can also find them on all social media, where they share their work and a little bit of their day by day with P1ECE.

The popularity of this group is sure to keep growing years from now, as they hope to take their music to even more places around the world.

Which artist (Korean or foreign) would you like to collaborate with?

Intak: I would like to collaborate with A$AP ROCKY.

Jongseob: It would be J.Cole for me.

Keeho: It would be BIBI sunbaenim for me.

Theo: I want to collaborate with Heize sunbaenim.

This is how a Kpop group spends their summer!

We are in one of the best seasons of the year, and as the sanitary conditions keep us from freely enjoying the sun, the beach and the sand, the members from P1Harmony gave us some advice on how to spend this season as Kpop idols.

Jiung: I would like to go to beach and have some grilled clams when COVID-19 is over.

Intak: I want to go to water parks when COVID-19 is over.

What dish or drink do you like to enjoy in summer and that you would recommend to your fans to try?

Keeho: Watermelon after playing at the valley.

Soul: Cucumber with a bit of drizzled salt.

Which of your songs would you recommend on listen to this season?

Keeho: I think the weather is perfect to be hyped up by “AYAYA”.

Intak: I think “If You Call Me” would be nice.

What else can we ask for? Now we have all we need to spend some amazing summer evenings with music and even a suggestion for dessert. And while things with the pandemic get better and as we wait for one of their shows to reach Mexico and Latin America, the boys from P1Harmony sent a special message to all their latin fans:

Keeho: We love you so much and we are always thankful for you all! We would really like to visit you once we have the chance to!

Jongseob: Thank you so much for loving us from a far and we hope you would continue to love the music and things that we would be showing you. We would love to learn more about Mexico and Latin America! If there is an opportunity, we would love to visit you all!

To all P1ECE out there, is your time to tell us: What was your favorite part of this interview with P1Harmony and who of these Kpop idols would you like to spend your holidays with? Comment right below! 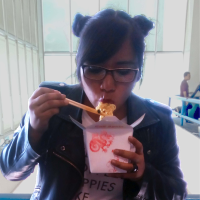